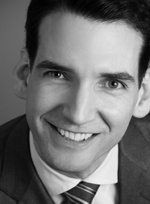 Robert has extensive experience in all aspects of patent litigation at both the trial and appellate levels. His practice focuses on litigation involving biotechnology and pharmaceutical patents, with a particular emphasis on ANDA cases under the Hatch-Waxman Act. His clients range from Fortune 500 companies to small, rapidly growing start-ups. Since 2014, Robert has been named to The Best Lawyers in America for Litigation – Intellectual Property.