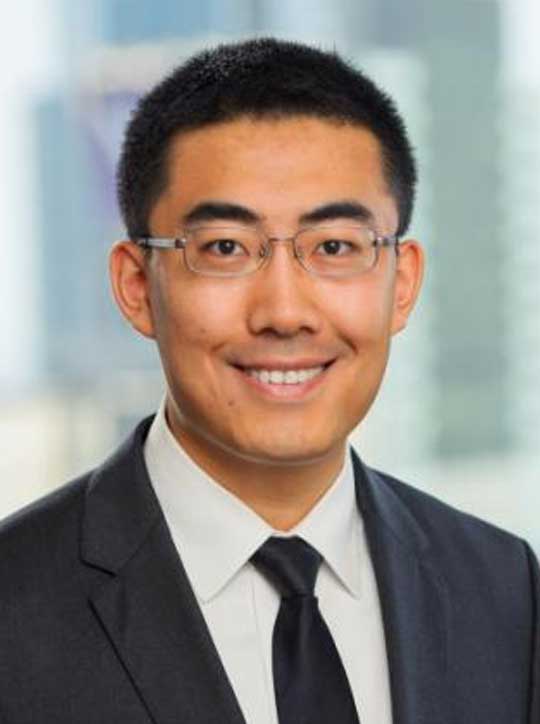 Xiao is co-managing partner of Quinn Emanuel’s Shanghai office and the firm’s Chair of China Practice.  A Chinese lawyer trained as a U.S. litigator, Xiao has built a unique practice focusing on representing China-based companies and individuals in litigation and government enforcement actions in the United States and advising multinational companies in internal investigations and enforcement matters relating to anti- corruption—particularly the Foreign Corrupt Practices Act—and other compliance matters in Asia.

Xiao is battle-tested in all stages of litigation proceedings in federal and state courts in the U.S., including dispositive motions, depositions, jury and bench trials and appeals.  He is particularly experienced in issues that uniquely affect cross-border litigation involving Chinese parties, such as service of process, jurisdiction, extraterritorial application of U.S. statutes, judicial assistance, and cross-border discovery.

Back in 2013, Xiao was a member of a four-person trial team that won a bench trial in the Southern District of New York for a French conglomerate, which set the first precedent in a public market purchase case where the defendant successfully rebutted the fraud-on-the-market presumption. Focusing on representing China-based businesses in recent years, Xiao has been a key member of defense teams for a long list of leading Chinese companies, having won dismissals and favorable settlements in U.S. litigations for companies such as Bank of China Limited, UP Fintech, Anta Sports Products Ltd., Weibo Corp., Youku Tudou Inc., Jumei International Holding Ltd., ChinaCache International Holdings Ltd. (twice) and AirMedia Group Inc.  In January 2020 and March 2021, Xiao was twice recognized in The American Lawyer Litigation Daily’s “Litigator of the Week” report for successfully defending five major Chinese state-owned banks in a U.S. federal court against a motion seeking sanctions of USD 130 million and successfully defending a U.S.-listed Chinese company against federal securities class action.  In 2021, LawDragon recognized Xiao in inaugural Global Litigation 500 awards, listing him as one of the only three China Mainland-based litigators recognized.

Xiao also handles government enforcement actions and internal investigations on behalf of Chinese and multinational companies. He has been involved in resolving enforcement actions brought by the United States Department of Justice (DOJ), Securities and Exchange Commission (SEC), the Federal Reserve, and Financial Industry Regulatory Authority (FINRA), and various Chinese authorities. His clients have included multinational companies, Chinese companies (both state-owned and non-state-owned) and individuals from diverse industries including pharmaceuticals, energy, manufacturing, media & entertainment, internet, technology, education, automobile, and financial services.  He also frequently advises on compliance/internal control programs.  Xiao was recognized as a leading practitioner in the field of corporate investigations by Chambers & Partners Global and Chambers & Partners Asia, which lauded him as a “rising star” in the China market for his “expertise in FCPA investigations and enforcement matters.”

Xiao also has substantial experience in international arbitration matters, particularly those involving Asia-based parties, having represented a U.S. electric car company against a Chinese shareholder in an emergency arbitration at HKIAC, a Shanghai-based real estate company in settling a dispute against a foreign investor before HKIAC arbitration is initiated, and a major Chinese oil & gas company in two AAA arbitrations.

Xiao completed a half-year internship with the Chinese Supreme People’s Court (No. 4 Civil Division) and a judicial externship with the Honorable Judge Rosemary M. Collyer of the United States District Court for the District of Columbia. While maintaining his practice, Xiao has taught an introductory course on U.S. civil litigation at Peking University Law School and is frequently invited to lecture at universities and industry organizations on topics relating to the FCPA, commercial disputes, anti-bribery, internal controls and U.S. litigation.  Xiao and several other partners at Quinn Emanuel were also chosen by the Shanghai Bar Association to lead its annual foreign-related dispute resolution training camp.