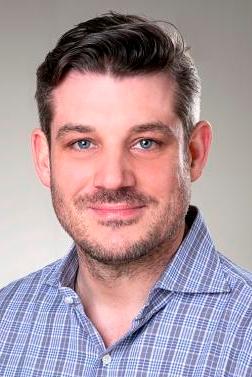 Dr. Marcus Grosch is a German qualified attorney (Rechtsanwalt) and Managing Partner of the German offices. He was admitted to practice in 1999. Marcus focuses on IP litigation, with a particular emphasis on patent litigation, and has 20+ years of litigation experience.  He has been lead counsel in numerous high-stake cases, including some of the biggest global disputes. His expertise in patent litigation concerns clients and patents of various industries (high-tech, industrial, mechanics, chemical, medical devices, pharma/bio) involving the coordination of lawsuits in multiple jurisdictions.

Marcus is one of the rare German “trial lawyers” (to use the American equivalent) who has led cases in all relevant German courts. He has pleaded cases before the German patent infringement courts at the district court and appellate level, in opposition proceedings at the EPO (including appeal proceedings) and in nullity actions before the German Patent Court and the Federal Supreme Court.

Marcus is regularly awarded top ratings in leading international and German ranking publications. Chambers Europe and Chambers Global have listed him as a “highly regarded patent litigator” in the top band 1 (Intellectual Property: Patent Litigation-Germany) since 2015 and most recently in the 2022 ranking, an impressed source stated that “he is extremely successful in winning even the most difficult arguments; he has an absolutely superb fighting spirit and perfect focus to the clients' needs.” He is also recognized by Chambers Global for his “Foreign Expertise in USA”.

In its 2022 ranking, Legal 500 have again – as they have done since 2015 – recommended Marcus as a “Leading Individual” in the area of patent law, noting the firm’s “exceptionally powerful litigation practice” in Germany and highlighting that Marcus’ team are “one of the top addresses for business-critical patent disputes”.

IAM Patent 1000 also ranks Marcus as a “Leading Individual” for patent infringement cases in Germany, stating that he “has chalked up 20 years of courtroom experience in high-stakes, multi-jurisdictional battles”.

For the past 15 years JUVE, the leading German legal directory, has consistently recognized Marcus as one of the leading individuals in the field of patent litigation (tier one). JUVE quotes opposing counsel who called him a “difficult opponent. He always knows his cases extremely well” and commented on his “outstanding presence in the courtroom“. JUVE Patent lauds him for his excellent work in complex litigation matters.

Who’s Who Legal ranks Marcus as “Global Leader” for the area of “IP – Patents” and both a “Thought Leader” and a “National Leader” for the area of “Germany - Patents” in 2021, specifically emphasizing the acclaim he earns “for his extensive experience representing clients from high-tech industries and the life sciences sector in the full range of patent litigation proceedings”.

Prior to joining Quinn Emanuel in 2010, he was a partner at Allen & Overy LLP (where he was Head of IP and Litigation in Germany) and a founding name partner of the German IP boutique Schilling & Grosch.

Marcus has published books, treatises and articles that have been cited by the German courts, including the Federal Supreme Court on several occasions.