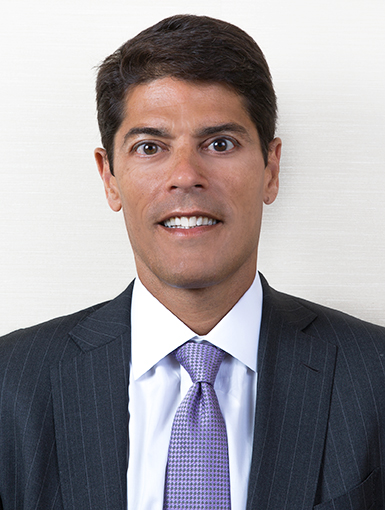 Recently, Mr. Rossman was at the forefront of “busted deal” cases in Delaware Chancery Court, winning both of the two landmark cases that went to trial in the Covid era, AB Stable v. MAPS Hotels, where he represented the buyer, and Snow Phipps vs. KCAKE Acquisition, where he represented the seller.  He successfully guided many other clients through Covid-related disputes, including obtaining a multi-hundred million dollar discount for buyer Advent International in Forescout Technologies. Mr. Rossman has represented KKR in multiple matters including securities litigation arising out of the Sun Edison bankruptcy, Lehman Brothers International Europe in a derivatives dispute with Assured Guaranty, Standard Industries and certain affiliates in a litigation with Ashland over the sale of a multibillion dollar chemical company.

Previously, Mr. Rossman served as lead counsel for the Lehman Brothers Creditors’ Committee in multibillion lawsuits against JPMorgan, Citibank, and Credit Suisse, including a four month trial against Citibank culminating in a $1.74 billion settlement; was trial counsel for Access Industries, defeating multibillion dollar fraudulent conveyance claims arising out of the LyondellBasell bankruptcy; was lead trial counsel for First Reserve, defeating multibillion dollar breach of fiduciary duty claims arising out of the Sabine bankruptcy; successfully represented Bloomberg in a licensing dispute with UBS; was lead counsel for MHR Fund Management, defeating Carl Icahn in New York and Canada over his hostile takeover attempt of Lions Gate Entertainment; won the pivotal trial in the Refco bankruptcy as lead counsel for its largest creditor, VR Capital; was lead counsel for Chris Burch, successfully resolving a highly publicized dispute over the Tory Burch company; represented New York State Assembly Speaker Carl Heastie defending the constitutionality of a New York statute creating a commission on prosecutorial conduct; and argued and won a unanimous decision in the United States Supreme Court for the New York Democratic Party in a case challenging New York’s judicial nomination process.

In their 2022 rankings, Lawdragon listed Mr. Rossmann as one of the 500 Leading U.S. Bankruptcy and Restructuring lawyers for bankruptcy & busted deal litigation. Mr. Rossman was profiled by the American Lawyer for his victories in the AB Stable and Snow Phipps cases: “Meet the Quinn Emanuel Partner Who’s Been on Either Side of  Pair of Major COVID-Era Delawre Chancery Merger Decisions,” The AmLaw Litigation Daily, May 4, 2021 (“No Matter if you’re a buyer attempting to walk away from a deal or a seller trying to force a buyer to make good on an offer, it’s a good idea to get Andrew Rossman of Quinn Emanuel Urquhart & Sullivan on your side.”)  In December 2020, Mr. Rossman and his colleagues were named “Litigators of the Week” by The AmLaw Litigation Daily for their trial victory in AB Stable v. MAPS case; in October 2017, he was named “Litigator of the Week” by The AmLaw Litigation Daily for the $1.74 billion Citigroup settlement with Lehman Brothers; and in January 2018 he was part of the team awarded “Trial Group of the Year” by Law360.